THE “SHIP OF THE DESERT”

Known as ‘the ship of the desert’, camels have always been an integral part of life in Saudi Arabia and throughout the Arabian Gulf. Today, camels still remain a great source of pride not only for camel breeders but for all Arabs, who recognize camels as icons of their heritage, life and economy. The King Abdulaziz camel festival, said to be the world’s largest event of its kind, was held over the month of January in the southern desert of Al-Dahna, 120km from the Saudi capital, Riyadh. Steeped in tradition but forward-thinking in its approach, this year’s event pushed the boundaries of technology and creativity to offer a one-of-a-kind festival attracting camel enthusiasts from around the world. 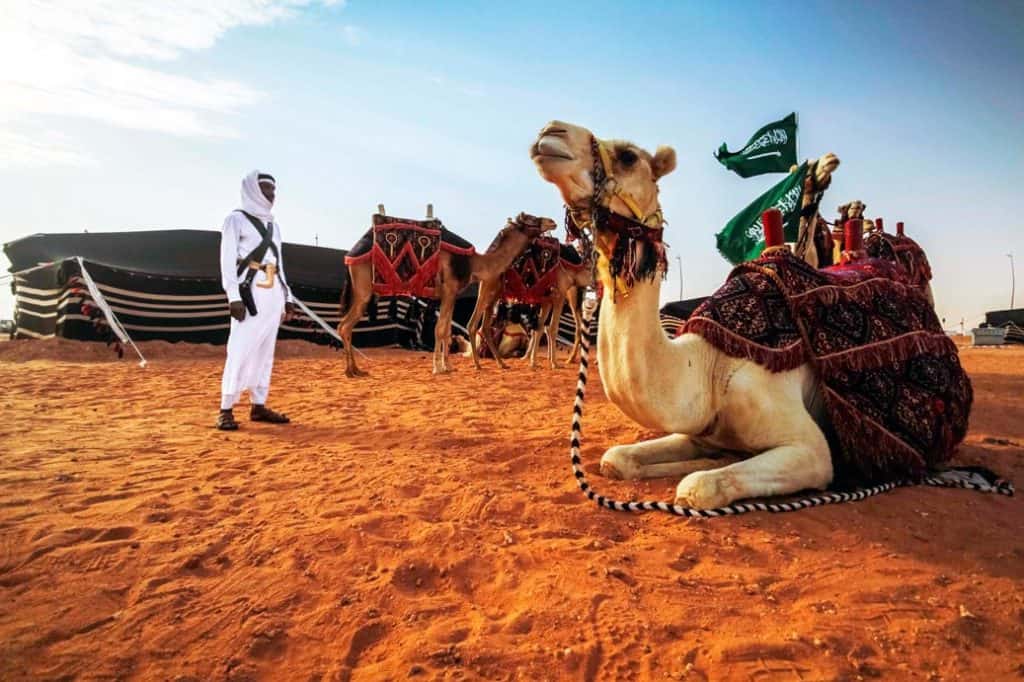 The total prize money for winning camels in the various competition categories – beauty, obedience and racing – was reported to be over SAR 215 million ($57.2 million) For the beauty competition there were six color-based categories: al Majahim (black camels), al-Wedhah (white camels), al-She’al (yellow camels), al-Suffur (yellow camels with black humps), al-Sheqah (reddish white camels) and al-Hommor (red camels with white front legs). Another competition featured various aspects of a camel’s behavior and showcased the camel’s amazing obedience – from its ability to carry a heavy load to the effect that various calling sounds and tones have on the animal’s response.

For those in search of culture, an impressive “heritage market” offered over 100 stands featuring leather, perfumes, spices, tents, artisans, tapestries, traditional food and elaborate decorations. For a sense of the history of the festival and camels, the Sanam exhibition featured the role of the camel throughout time – from references to the camel in religious texts to its relationship with humans as a means of transport, a loyal friend, a source of shade from the blistering desert sun as well as a reliable source of milk and food. 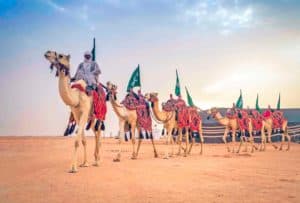 Visitors were also able to experience a state-of-the-art panoramic dome featuring various audio-visual presentations including a breath-taking film about astronomy.