The Louvre Abu Dhabi will open to the public this month. LEADERS looks at what is set to become one of the most important arts and culture venues in the Middle East.

It’s been a long journey. The concept design for the Louvre Abu Dhabi was carried out between 2006 and 2007 with the design development phases following over a period of six years from 2007 to 2012. In January 2013, the construction contract was awarded to a joint venture between Arabtec Construction LLC, San Jose SA and Oger Abu Dhabi LLC. Finally, the much-anticipated announcement of the November 11 opening of the Louvre Abu Dhabi was made at a joint press conference in September to the world’s media by the museum’s director, Manuel Rabaté, and Mohamed Khalifa Al Mubarak, chairman of the Abu Dhabi Tourism and Culture Authority. The press conference was also attended by Sheikh Nahyan bin Mubarak Al Nahyan, the UAE’s Minister of Culture and Knowledge Development, the museum’s architect Jean Nouvel, Jean-Luc Martinez, president of the Louvre Museum in Paris and the French minister of culture, Françoise Nyssen. 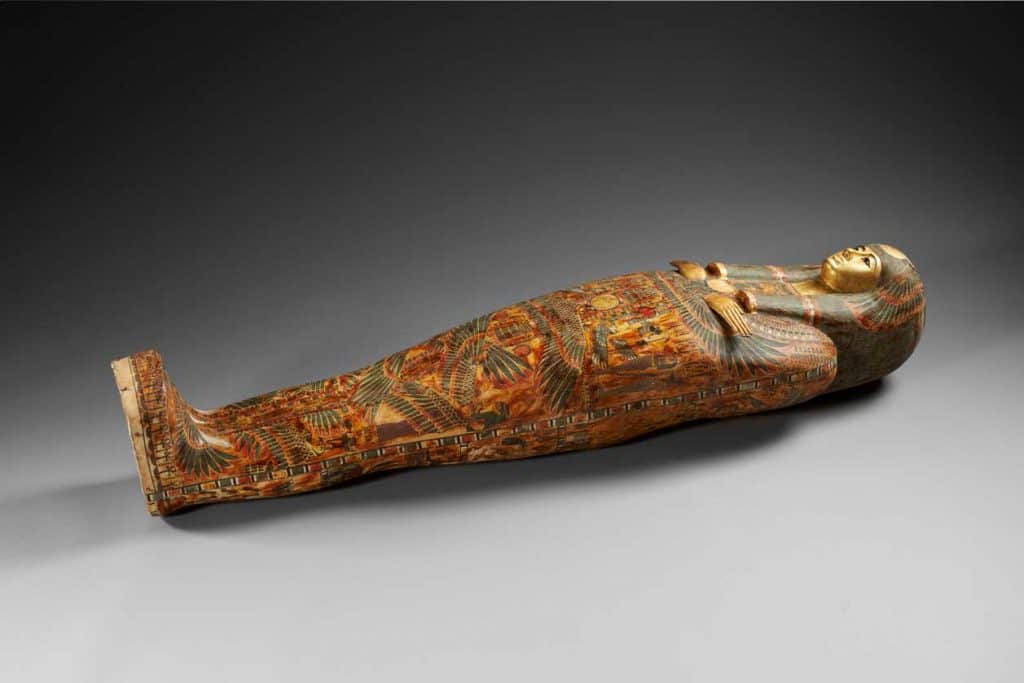 Despite the delay, Jean-Luc Martinez, president of the Louvre Museum in Paris, believes the timing may be good, albeit for negative reasons. In an interview in April of this year with Wallpaper* magazine, part of the Time Inc. U.K. network, Martinez suggested that at a time when ancient cities in the region such as Palmyra had been destroyed by Daesh, tourists murdered in Tunisia simply for going to a museum and when the United States had banned people from some muslim-majority countries from entering America, efforts need to be made to promote greater understanding between East and West. “It is very important for a European museum to create an opportunity here to see the world outside Europe, to try to understand other audiences.” Martinez told Wallpaper*. “The aim is to create the first museum in the Middle East that uses art and other artefacts ‘to tell the story of humanity from its earliest days to the present time’. We want to show that every culture in the world can be presented together, working in the same direction. The Middle East is the perfect spot for such an institution. This region was, historically, the bridge between Asia, Africa, India and Mesopotamia and modern Iraq. In today’s globalized world, it has become the transport crossroads of the planet, linking East and West, China and Africa, China and Latin America. In the Louvre in France we have a French view of the world. Here we have a global view”. 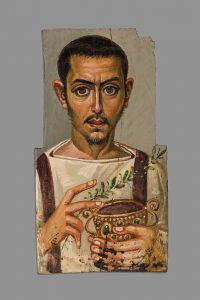 The museum’s exhibits will range from ancient to modern. They include, for example, a Bactrian princess created in Central Asia at the end of the 3rd millennium B.C., an Ottoman turban helmet, Paul Gauguin’s “Children Wrestling” (1888) and a monumental work by Ai Weiwei (1957). Approximately half of the 600 exhibits will belong to the museum’s permanent collection, while the other half will consist of loans from 13 major French cultural institutions including the Louvre Museum, the Musée d’Orsay and the Centre Pompidou in Paris. The loans will include Monet’s ‘La Gare Saint-Lazare’, a self-portrait by Vincent van Gogh, and Leonardo da Vinci’s enigmatic ‘La Belle Ferronniére’, which will leave Europe for the first time and become the first painting by da Vinci to be exhibited in the Middle East. Among the first of the museum’s site-specific outdoor works are three engraved stone walls created by the American artist Jenny Holzer. A special inaugural exhibition, ‘From One Louvre to Another’, scheduled to open on December 21st, will look at the history of Musée du Louvre in Paris, from the King Louis XIV collections at Versailles to the creation of the modern museum itself.

The Louvre Abu Dhabi is probably one of the biggest investments any modern city or gallery operator has ever made in the appeal and value of art. Abu Dhabi has reportedly spent $4bn on the project in the hope that it will earn the city a reputation for culture, attract tourists and help to diversify the local economy. In return for a reported $1.3bn in fees, the Louvre has agreed to loan its name to the Abu Dhabi museum for 30 years and 6 months, temporary exhibitions for 15 years, and artworks for 10 years.

Many in France and further afield were dismayed at the idea of the Louvre creating a ‘branch’ outside the country. ‘Franchising’, said, the critics, was not appropriate for a national treasure that has been France’s proud bastion of culture since 1190. When the project was first announced, an online petition in France titled ‘Our museums are not for sale’ quickly drew several thousand signatures. Well-known French art historians and other public figures accused the Louvre of ‘pillaging’. “I can understand these questions. Let me answer” Jean-Luc Martinez told Wallpaper*. “The Louvre is not a brand. We are a cultural institution, a name and a story. We do not and will not sell anything. We are lending to the Louvre Abu Dhabi. That’s normal. We and others do that all the time, all over the world. Yes, we have sold our expertise, but it is normal to sell expertise, too. We have a legal duty to protect our name”. At a time when state funding of the arts across the world is becoming tighter Martinez insists the Louvre Abu Dhabi is not a branch of the Louvre. Nor is it even French. “It is not for the Louvre or, indeed, for France. It is a new museum for Abu Dhabi. It is from the emirates, by the emirates. We are working for current and future generations here in the UAE. That is its heart.”

Leaving issues of profit and national pride aside, visitors to the museum, reportedly built at a cost of AED 2.4bn ($653.5m) on Saadiyat Island, a cultural district off the coast of Abu Dhabi, will be 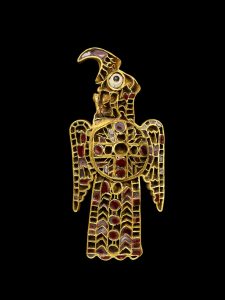 able to enjoy what is, arguably, one of the finest buildings in the Middle East, if not the world. It has already been the recipient of two international awards – the Identity Design Award in 2015 and the European Steel Design Award in 2017. Designed by French Pritzker award- winning architect Jean Nouvel, the project has been conceived as a ‘museum city’, comprising 55 individual buildings, including 23 galleries. Referencing traditional Emirati architecture, the museum comprises a series of simple white structures that recall the low-lying settlements common to the region. Visitors, who can arrive either by land or sea, are able to explore the museum through its narrow streets and detached buildings. In the words of the architect himself, “It is rather unusual to find a built archipelago in the sea. The possibility of accessing the museum by boat or finding a pontoon to reach it by foot from the shore is equally extraordinary. It is both a calm and complex place.”

Nouvel’s design also takes account of the museum’s location in one of the hottest environments in the world. “All climates like exceptions” he says. “Warmer when it is cold. Cooler in the tropics. People do not resist thermal shock well. Nor do works of art. Such elementary observations have influenced the Louvre Abu Dhabi. It wishes to create a welcoming world, serenely combining light and shadow, reflection and calm. It wishes to belong to a country, to its history, to its geography without becoming a flat translation, the pleonasm that results in boredom and convention. It also aims at emphasizing the fascination generated by rare encounter. The Louvre Abu Dhabi becomes the final destination of an urban promenade, a garden on the coast, a cool haven, a shelter of light during the day and evening, its aesthetic consistent with its role as a sanctuary for the most precious works of art.”

The centerpiece of the museum is its dome, a major symbol of Arab architecture. 180 meters in diameter and reportedly weighing 12,000 tons, almost double the weight of the Eiffel Tower, the dome was inspired by the way the sun’s rays pierce the overlapping palm leaves traditionally used as roofing material in the Middle East. Seen from a distance, the dome, 40 meters above sea level and 36 meters from the ground, seems to float and shimmer above the desert sand. It is perforated with a complex geometric pattern of 7,850 stars, repeated at various sizes and angles in different layers, creating a delicate, lace-like surface. Rays of sunlight dart through the gaps, falling like golden rain into the traditional falaj-style canals that flow between the galleries below. Each ray of light must penetrate eight layers before appearing and then disappearing, creating a ‘rain of light’ effect as the sun’s path progresses throughout the day. By day, the dome gleams in the Abu Dhabi sunshine. At night, it is an oasis of light under a starry dome.

In addition to its aesthetic, the dome serves a number of environmental purposes. As a shading canopy, it protects the outdoor plaza and the buildings below from the heat of the sun ensuring a comfortable experience for visitors to the galleries, exhibitions, children’s museum, auditorium, and restaurant. The shade also reduces the energy consumption of each of the covered buildings. 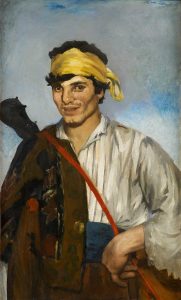 What no one knows, of course, is how many people will actually visit the museum after the initial excitement surrounding the opening. Today, IM Pei’s $4bn Museum of Islamic Art in Doha, Qatar’s capital, which opened almost a decade ago, is often eerily quiet. Martinez himself cannot say how many people the museum will attract. “I don’t know,” he concedes. “But the strategy of the Louvre Abu Dhabi is to focus first on the local audience. Visitors from China and India are less than two hours’ flight from Abu Dhabi. These two groups will compose the core of visitors.”

Could Abu Dhabi soon become as important a city on the global arts and culture map as Paris, London and New York? Jean-Luc Martinez believes it is possible. “Yes. I am sure.” he told Wallpaper*. “Look at history. At the end of the 19th century, American museums were not so important. But now the Getty, the Met are very important. The same transformation can happen here.”

Other museums planned for Saadiyat Island include the Guggenheim, the Zayed National Museum by Foster & Partners, a maritime museum by Tadao Ando, and a performing arts center by the late Zaha Hadid.