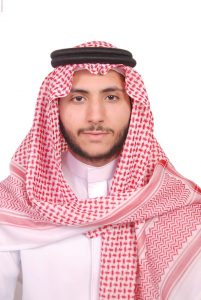 We are blessed in Saudi Arabia to be witnessing a new golden era under the leadership and guidance of the custodian of the two holy mosques, King Salman, and his trusted son, crown prince Mohammed bin Salman. We are now a nation that is promoting and encouraging its youth to achieve greatness and, as a young Saudi myself, I have never been as sure that the future is in safe hands, Allah willing.

It is an established fact that the age of petroleum is coming to an end. For far too long, we have ignored this issue. We could have continued with “business as usual” for quite a while longer only to suffer the most severe consequences later. It will be a challenge to diversify our economy, rid ourselves of our dependency on oil and gas and move towards a knowledge-based society. But this task has to be undertaken. It saddens me to say that my country, which has such enormous potential, has lagged behind in so many areas for so many years. However, crown prince Mohammed bin Salman says: No longer! I am with him and so is my generation.

There is much work to be done. Among the most important tasks is to encourage and support more women to join the workforce. It is estimated that, currently, only 20 percent of women are employed. This is such a waste of talent and potential that could be otherwise used to advance the country. Current developments such as women driving again on Saudi roads – as they did in the 50’s, 60’s and 70’s- will contribute to this goal.

Saudi youth make up 70 percent of the country’s population. Over the last ten years, they have studied at some of the world’s best universities. They have gained practical skills and experience working in many leading international companies operating both inside and outside the kingdom. I know of their eagerness to implement their skills and knowledge at home. Now they will have this opportunity. We live in exciting times. What we always knew was possible is becoming a reality. Our country can now be rightfully called a global hub for creativity and innovation. I believe in my generation, the 70 percent. They are our most valuable resource.

In the past, rarely a week went by without international coverage of the kingdom. What’s different now is that even the most critical news outlets are starting to report the huge advances that are taking place. Crown prince Mohammed bin Salman has taken world by surprise with initiatives such as the much-anticipated Aramco IPO and mega-projects such as Neom. Such projects, unparalleled in their size, will ensure that we won’t be left behind in a post-oil era.

We have been fortunate to have had decisive leadership at the right time. If we look at what we have achieved so far, despite the shortcomings of the past, the future holds great promise and it is the talented and capable youth of Saudi Arabia who will leave their mark in the history books.

Anyone who has visited Saudi Arabia recently will have noticed the changes that are taking place in almost every aspect of life. What can stop us? Well, as our crown prince himself said: “only death!”