In 2015, Saudi Arabia’s gross domestic product was estimated at SAR 597.3 billion ($159.3 billion). At that time, the World Bank’s Global Competitiveness Report (GCR) ranked the kingdom’s economy 25th out of 144 countries. The Saudi economy was characterised as one that was “transitioning” from “factor-driven” to “efficiency-driven,” a position the kingdom had held since 2012. According to the GCR, “factor-driven” economies are based on factors such as low-skilled labor and natural resources, whereas “efficiency-driven” economies are driven more by higher education, efficient goods and labor markets, developed financial markets, the ability to leverage technologies, and large domestic and foreign markets – all of which are instrumental in cultivating an entrepreneurship ecosystem

Saudi Vision 2030, unveiled a year later in 2016, is based on three main themes: a vibrant society; a thriving economy; and an ambitious nation. Recognising that Saudi Arabia will not be able to sustain a competitive economy if it continues to be based on a labor-intensive, subsidised industrial sector, a significant element of the vision revolves around job creation and, specifically, support for small and medium enterprises (SMEs) which the vision documents recognise as “important agents of economic growth that create jobs, support innovation, and boost exports.” Acknowledging that SMEs in Saudi Arabia face challenges of complex regulations, lack of access to funding, and finding the necessary skills, the vision documents say the kingdom will strive to support SMEs and entrepreneurship by developing business-friendly regulations, driving access to funding, building international partnerships, and giving SMEs a greater share of government bids. An SME Authority would be established to review laws and regulations, remove obstacles, facilitate access to funding, and enable entrepreneurs to market and export their products. The National Transformation Plan (NTP) 2020, designed to translate Vision 2030 into specific policies establishes two key targets pertaining to SMEs. The first is to increase the SME sector’s contribution to gross domestic product from 20% to 21% by 2020 (and to 35% by 2030). The second is to increase the percentage of employees working in the SME sector from 51% to 53%. 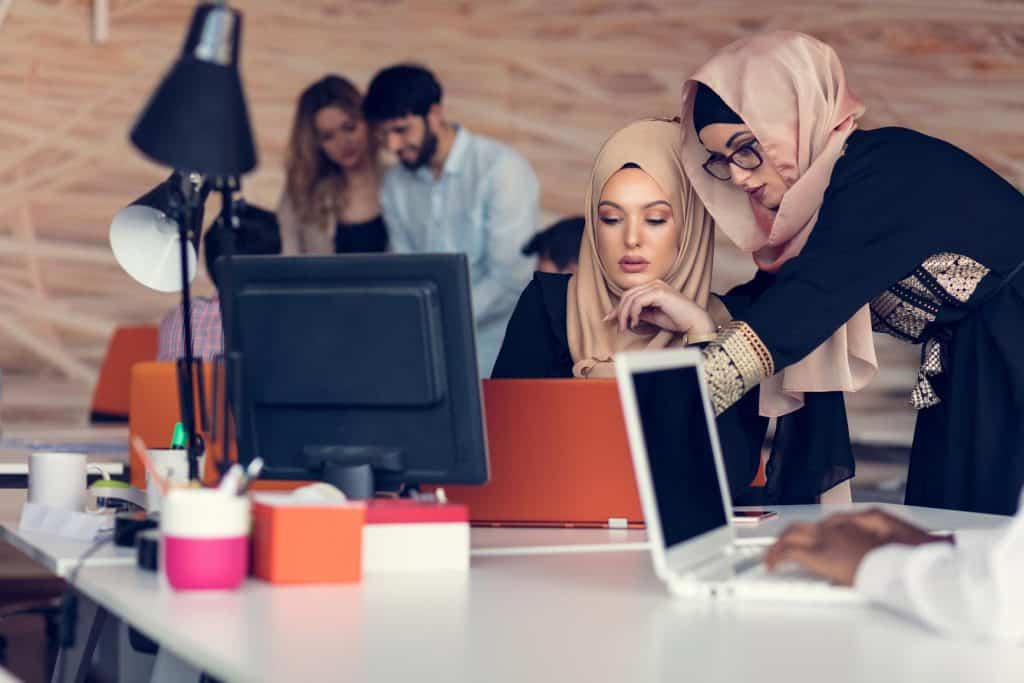 The 2016-2017 GEM Saudi Arabia survey, released on March 23, 2017 and the third of its kind, suggests that while there is a strong entrepreneurial streak that runs through the country’s population and that young people, in particular, are open to starting a business of their own, more work needs to be done to create an “entrepreneurship ecosystem” which is defined in the survey as “the combination of conditions that shape the context in which entrepreneurial activities take place”.

In his forward to the survey, Ignacio de la Vega, the chairman of the Global Entrepreneurship Research Association and director of GEM Saudi Arabia writes that in order to bring Saudi Arabia into the group of high-income, innovation driven economies, a vibrant entrepreneurial ecosystem needs to be put in place, “aligning the Saudi education system with market needs, creating economic opportunities for Saudi entrepreneurs and fostering innovation and intrapreneurship among large corporations”.

The survey found that while Saudi Arabia showed considerable room for growth, a well-trained younger generation, an empowered SME Authority, and strong transformation plans outlined in Vision 2030 and the National Transformation Plan 2020, its entrepreneurial ecosystem, considered globally, was relatively weak. Among the 66 economies participating in GEM 2016, the kingdom’s rankings for the twelve conditions examined in the GEM survey were as follows: financing for entrepreneurs, government policies, taxes and bureaucracy, government entrepreneurship programs, school-level entrepreneurship education and training, post school entrepreneurship education and training, R&D transfer, commercial and legal infrastructure, internal market dynamics, internal market burdens or entry regulation, physical infrastructure, and social and cultural norms. Compared to other countries in the Middle East and North Africa, the survey found that Saudi Arabia was below regional averages on ten of the twelve conditions, aligned with other countries with regard to taxes and bureaucracy and somewhat better with respect to physical infrastructure

The survey concludes that if Saudi Arabia is to increase its level of entrepreneurial activity, most of the key elements that constitute its entrepreneurial framework ecosystem must be improved. Not only must new strategies and actions by the public and private sectors be implemented but the authorities developing the strategies must take into consideration the interactions existing between all the conditions that comprise the entrepreneurship ecosystem. Individual actions, the survey says, will not solve the challenges. An integral, holistic approach needs to be considered. Finally, since most of the actions will yield long-term results due to their nature and complexity, action needs to be taken soon.

A Saudi Doctor in Joran Refuses to Go Back Home