TO BE OR NOT TO BE – BY TURKI ALHAMED 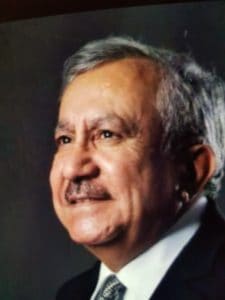 Less than two years ago, no one could have imagined or predicted the changes that are now happening in Saudi Arabia – changes that are proving to be nothing short of revolutionary. Unlike the so-called “Arab Spring”, a groundswell of popular uprisings that toppled several regimes and turned countries upside down with little to show for them at the end other than chaos and misery, what has happened in Saudi Arabia has been initiated from the top.

To the western mind, Saudi Arabia has always been viewed as ultra-conservative, regressive and a breeding ground for the most extreme form of religious fundamentalism – “wahabi” islam. Following the attacks in New York in September 2001, when people talked about state-sponsored terrorism, the fingers were automatically pointed at Saudi Arabia. However, what most westerners are not aware of is that, prior to 1979, Saudi Arabia was what could reasonably be considered as a “normal” country. Like most others, it sought progress and prosperity. Sadly, this all changed following the revolution in Iran, the attack on the grand mosque in Mecca and the invasion of Afghanistan by Russia – three events which together ignited a movement towards a new wave of religious extremism. This movement was called “al-sahwah” or the religious “awakening” and spread rapidly throughout both the Arab and the broader muslim world. Saudi Arabia, like many other countries, began to lose its way. For almost forty years, the ‘wahabis” have used brainwashing and coercion to force others to accept their violent “religious” ideology and radical political beliefs.

Against this backdrop, the economic, social and cultural changes being ushered in by King Salman and his heir apparent, crown prince Mohammed bin Salman, have the potential to radically change people’s perceptions of the kingdom both within the country and around the world. While King Salman’s predecessor, the late King Abdullah, did try to introduce reforms, they were not enough to roll back the myriad of problems that had accumulated over so many years. However, in less than two years, the 32-year old crown prince, known to many in western political circles as MbS, has instituted a full package of radical reforms that no previous ruler has ever contemplated out of fear of reprisals from the religious establishment that could destabilize both their rule and the kingdom in general. Maintaining the status quo was the policy of choice and necessity. Not so for MbS.

The crown prince’s vision to modernize Saudi Arabia, its economy and culture, was unveiled in 2016 in Saudi Vision 2030. In some ways, the method being used to bring in the changes can be compared to what has taken place in China. While the legitimacy of the Chinese state continues to be grounded in communism and the communist party which are, by definition, authoritarian, what is actually happening economically in China is based on capitalism and the free market. Likewise, given the fine line the crown prince is walking a tightrope between his efforts to modernize the country and the forces of tradition, one would not expect to see democracy and popular representation introduced in Saudi Arabia any time soon. Saudi Arabia is not ready for democracy since, to work successfully, democracy requires a solid base of liberal values such as tolerance, individualism and free expression. For centuries, Saudi Arabia has been governed by tribalism, sectarianism, extreme interpretations of religious texts and political authoritarianism – all which have together shaped the mindset of its people. Introducing liberal democracy to people who have never been taught liberal values will not work. A façade of “democratic elections” such as those one sees in many other Arab countries will do more harm than good.

Having said that, the need to bring about change in Saudi Arabia is urgent. To borrow a phrase from William Shakespeare, it is a case of “to be or not to be” but, in this case, there is no “question”. In an increasingly global, inter-connected and rapidly changing world, isolation and atrophy is not an option. While “wahabi” ideology will eventually disappear as a political force, the dilemma facing the crown prince right now is how to modernize Saudi Arabia while allowing for the deeply-held traditional values of many Saudi people. Vision 2030, therefore, is modernization with a traditional face. It will not be opposed by the religious establishment whose power ultimately depends on the country’s rulers. Much of Vision 2030, exemplified by the recent anti-corruption drive that led to the detention of hundreds of princes, government officials and businessmen, will have to be in the form of electric shock therapy in order to revive Saudi Arabia’s heart that has almost stopped beating. If the crown prince succeeds, the people of Saudi Arabia, particularly the younger generation, can look forward to a brighter future.