In April 2018, ahead of World Press Freedom Day on May 3,Reporters Without Borders (RWB) released its 2018 World Press Freedom Index. This year’s survey reflects what RWB believes to be a growing animosity towards the media being fuelled in part by political leaders.

The 2018 World Press Freedom Index measures the level of media freedom in 180 countries including the level of pluralism, media independence, the media environment, self-censorship, the legal framework, transparency, and the quality of the infrastructure that supports the production of news and information. It does not evaluate government policy. The global indicator and the regional indicators are calculated on the basis of the scores assigned to each country. These country scores are calculated from answers to a questionnaire in 20 languages that is completed by experts around the world, supported by qualitative analysis. 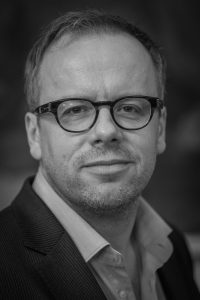 The 2018 survey reflects what RWB believes to be a growing animosity towards the media being fuelled in part by political leaders. Hostility towards the media from political leaders, says RWB, is no longer limited to authoritarian countries such as Turkey (157th) and Egypt (161st), where journalists are routinely accused of terrorism and arbitrarily imprisoned. More and more, democratically-elected leaders no longer see the media as part of democracy’s essential underpinning, but as an adversary to which they openly display their aversion. “The unleashing of hatred towards journalists is one of the worst threats to democracies,” said Christophe Deloire, the secretary general of RWB. “Political leaders who fuel loathing for reporters bear heavy responsibility because they undermine the concept of public debate based on facts instead of propaganda. To dispute the legitimacy of journalism today is to play with extremely dangerous political fire.” 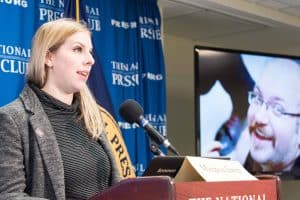 According to the survey, the line separating verbal violence from physical violence is dissolving. Margaux Ewen, the North America director for RWB, told the Washington Post that while violence against journalists in war zones was to be expected, the killing of journalists in countries that were not at war was something that was being seen more and more. While Syria remains the most dangerous place to report from, assassinations of journalists in India (138th) and the Philippines (133rd) made headlines over the past year. In Europe, a Slovak reporter, Ján Kuciak, was shot dead in his home in February 2018, just four months after another European journalist, Daphne Caruana Galizia, was killed by a targeted car-bombing in Malta.

The United States has fallen two places and now ranks 45th in terms of press freedom. Under the Espionage Act, whistle blowers are subject to prosecution if they leak information to the press and there is still no “shield law” guaranteeing journalists the right to protect the identities of their sources. The United Kingdom, meanwhile, has fallen ten places to 40th place and has actually fallen eighteen places since the index was first published in 2002. 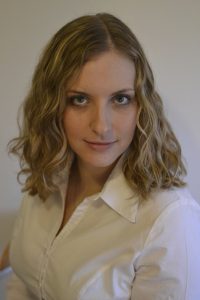 The ranking was described as “embarrassing” by Rebecca Vincent, RWB’s U.K. bureau director “This is unacceptable for a country that plays an important international standard-setting role when it comes to human rights and fundamental freedoms” she said “We must examine the longer-term trend of worrying moves to restrict press freedom and hold the U.K. government to account.”

Threats to press freedom in the U.K. in the past year included proposed reforms to the Official Secrets Act that could have led to journalists being imprisoned for 15 years for obtaining leaked documents. Britain is also the only country where court action has been initiated over stories about tax avoidance after law firm, Appleby, initiated legal proceedings against The Guardian newspaper and the BBC. The News Media Association, which represents newspapers in the U.K., urged politicians to “protect media freedom and safeguard a vibrant press in the UK”. A spokeswoman noted there had been repeated attempts by the House of Lords to hijack legislation such as the Data Protection Bill to enforce state backed press regulation which she said would have “a chilling effect on investigative journalism”.RSF directly references the Investigatory Powers Act which it describes as “the most extreme surveillance legislation in U.K. history” Passed in 2016, the act legalized a wide range of tools for “snooping and hacking” by security services. When it was passed, Edward Snowden tweeted that “The UK has just legalized the most extreme surveillance in the history of western democracy”

Norway and Sweden again ranked as the freest media environments in the world, while the Netherlands replaced Finland in third place. Standards of press freedom in Norway are described by RWB as “faultless”. Article 100 in Norway’s 1814 constitution ensures media outlets and journalists across the country are not subject to censorship or political pressure. Unsurprisingly, North Korea scores the lowest ranking on the index followed by Eritrea and Turkmenistan.

Google changes into the green to celebrate the Saudi National Day