A MILLION PASSENGERS IN TEN MONTHS

On July 23rd, only ten months since Saudi Arabia’s low-fare domestic carrier, Flyadeal, was launched, the airline celebrated a major milestone with its one millionth passenger. Hours before the arrival of the millionth passenger at Riyadh’s King Khalid international airport, airline representatives roamed the terminal carrying a sign that read “Are you the millionth?” prompting the curiosity of onlookers. They also tested a sparkling purple jacket on randomly selected travelers to “check” if they were the millionth. Abdulrahman Al Mubarak who was travelling from Riyadh to Jeddah was the millionth passenger. Arriving at the check-in gate he was surprised with a red-carpet reception which continued all the way to the departures hall where he was greeted by Flyadeal’s CEO, Con Korfiatis, Sulaiman Al-Teraif the director general of King Khalid international airport, the airport’s management team and other travellers. 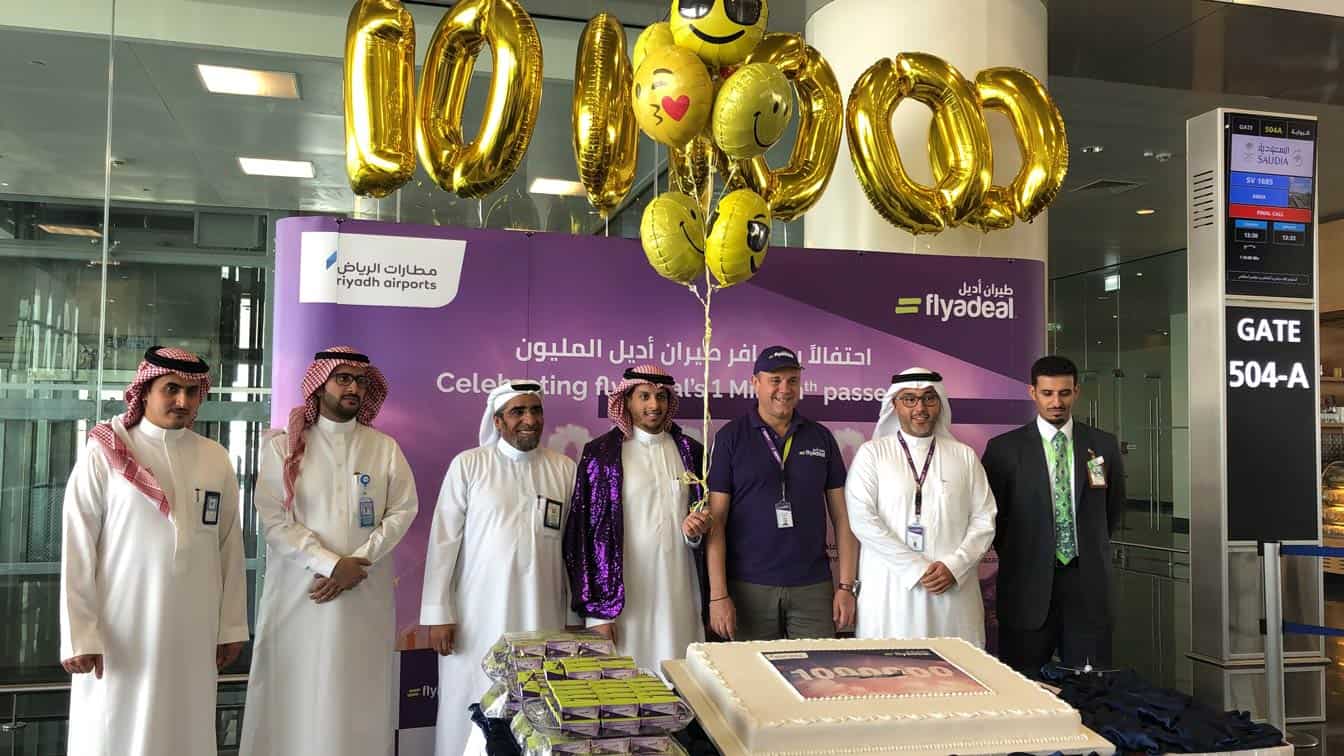 Mr. Korfiatis handed Mr. Al Mubarak a SAR 25,000 ($6,667) voucher to use on future trips on Flyadeal. “This celebration is not just about our millionth passenger, who is very special,” said Mr Korfiatis, “but also the other 999,999 customers whose trust and confidence in Flyadeal has allowed us to achieve this milestone. I would like to take this opportunity to thank all our customers for giving us the opportunity to bring everyday low fares to the kingdom. I would also like to thank our industry partners who have actively supported and contributed to the success of our operations” Flyadeal is owned by the Saudi Arabian Airlines Corporation. It was created to meet a growing demand in the kingdom for affordable domestic air travel. It operates a fleet of brand new A320’s in a single-class configuration and serves key cities such as Jeddah, Riyadh, Dammam, Gassim, Jizan, Abha, Medina, and Tabuk.

Saudi Arabia detects the first infection with the “Omicron” mutant